The ISKRAEMECO Folklore Group, organized under the auspices of the company ISKRAEMECO, d.d, from Kranj, Slovenia, strives to recreate and preserve old folk dances and cultivate folk as well as art music. The group’s comprehensive repertoire includes folk dances from the following Slovenian regions: Gorenjska, Primorska, Goriška, Rezija (Resia), Goričko, Prekmurje and Bela Krajina. In the future, the group intends to expand its programme to include several dances indigenous to other Slovenian areas and territories. Since 1978, when it was founded, the Iskraemeco Folklore Group has presented the richness of folk dances to audiences throughout Slovenia and abroad, performing widely in Europe (Italy, Austria, Slovakia, Germany, France, Poland, etc.), Asia (Turkey), Africa (Tunisia) and North America (USA). The members of the group are young people who are keen on dancing, singing and music. Most of them are secondary school pupils, students and youngsters from Kranj and its suburbs who love to spend their free time training with the group. The group leaders can be proud for these young people are willing to work hard. The successful results of their artistic efforts are memorable shows and performances at various festivals and tours. Mr. Jože Šenk has been the mentor, artistic director and professional leader of the ISKRAEMECO Folklore Group since its formation. 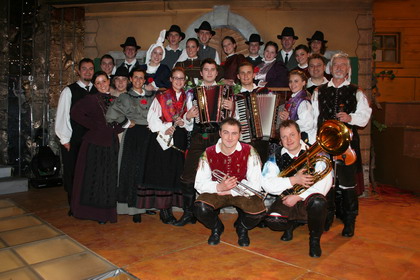 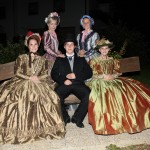 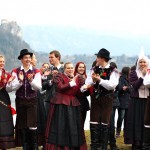 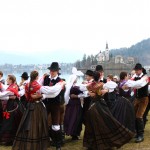 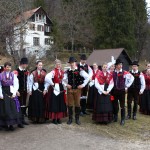 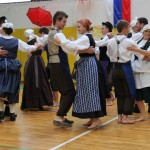 The members are young people, keen on dancing, singing and music. They are pupils, students and other youngsters from Kranj and its suburbs, who spend their free time training with the group. The leaders can be proud for these young people are willing to work hard. Their efforts are compensated by performances and participation at various festivals and tours. Mr. Jože Šenk has been the artistic and professional leader and counsellor of the folklore group ISKRAEMECO in all these years.
Deli z ostalimi ...