Gorenjska – This region covers the heart of the Julian Alps in the north-western part of Slovenia.

The dances from this region mainly originate from the 17th and 19th centuries. They express a cheerful and happy temperament of people coming from Gorenjska. Sprightly instrumental accompaniment engages the dancers and dictates swift turnings and knocking on the floor in accordance with the rhythmic requirements of the musicians. Here the folk costume has reached the highest stage of development compared to other types of Slovenian folk costumes. Most widely used and widespread, the Gorenjska folk costume has developed into the Slovenian national costume. Folk costumes were worn, in the midst of the 19th century, at the time of the nation’s resuscitation, by the representatives of ethnically most endangered territories, indicating an affiliation to a certain nation. Various dancing groups are now wearing this type of folk costume to promote the dancing tradition of the Gorenjska region in general.

The most widespread instrument in the 21st century is the diatonic accordion, the so-called “frajtonerica”, which has replaced older instruments for practical reasons. 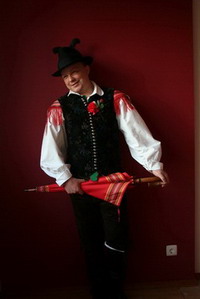 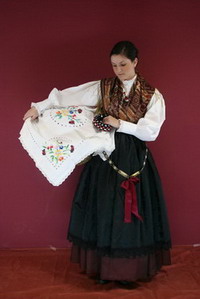 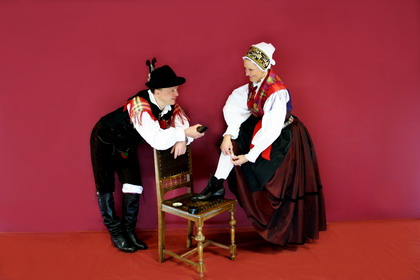 Since Kranj is also known as the home town of France Prešeren, we have decided to demonstrate the period in which Slovenia’s greatest poet lived through clothing and dance. 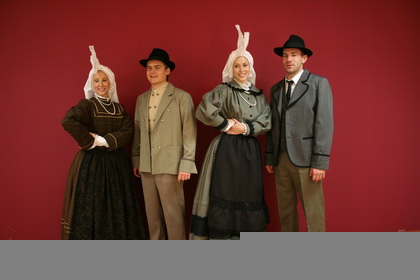 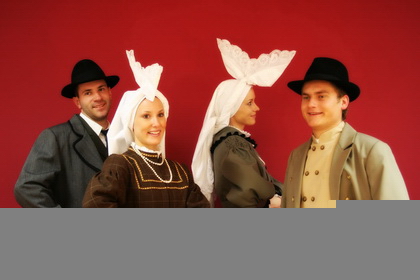 ERA OF THE ZOIS FAMILY

Anton Zois von Edelstein (1808–1873), Count of Brdo, grand-nephew of the legendary nature scientist and mentor Žiga (Sigismundus) Zois and grand-nephew of Karl Zois, renowned botanist, was the member of the Zois family living in the Slovenian territory who was most closely connected with his local community. A true people’s count, Anton Zois von Edelstein lived at Brdo Castle near Kranj. In 1851 he was elected Mayor of Predoslje, of which Brdo was a part. During his term of office, he built a school at Predoslje and set up a school tree nursery. In legal matters, Anton Zois von Edelstein was represented by France Prešeren, who served as an attorney in Kranj in the period from 1846 to 1849.

During the period of Empire and Biedermeier typical fashions developed in large European cities. We should, however, avoid stereotypes and distinguish the clothes of city dwellers from those worn by the residents of castles in urban or rural areas. The clothing culture of the Biedermeier period was a result of time and position, as well as location and the environment. 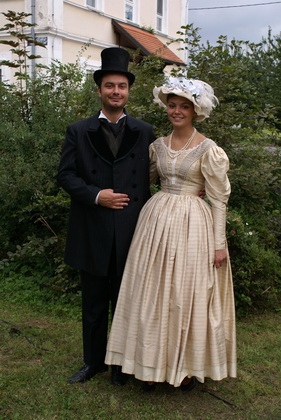 COSTUMES OF THE TOWN PEOPLE

Typical garments worn by the bourgeoisie, often referred to as the “black folk costume”, are rarely mentioned and, therefore, relatively poorly studied. Nevertheless, at the end of the 19th century this piece of clothing heritage was commonly worn on holidays by wealthy people from urban and rural areas in most of the Slovenian territory of the time. 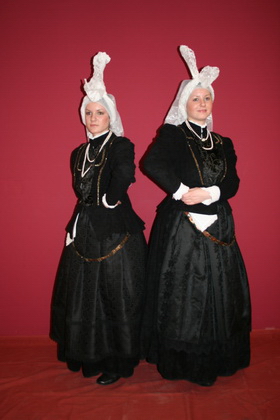 At the end of the 19th and start of the 20th century women would roll up their skirts to keep them out of the way when they worked. The study carried out in the area of Predoslje and its wider surroundings showed that such working attire was also common among women in other Alpine territories. The costumes were reconstructed from original clothes.