The dances from this part reflect the closeness of other countries. The Slovenian dance forms have been changed and adjusted to the dancing tradition of the neighbouring countries. The typical costume is made from home-woven linen and cloth, which was preserved until the introduction of the factory made fabric in the 20th century. 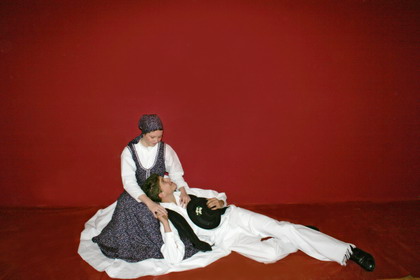 One of the main characteristics of these dances is the part danced by men, the so- called “tkalečka”, which is not known in other parts of Slovenia. Men test their adroitness by switching the handkerchief beneath their knees and compete among themselves. This is a reconstruction of the guildsman dance. They try to imitate their neighbours and this is reflected in the choice of musical instruments and in the way of playing. 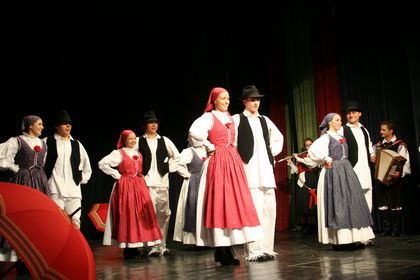