The Resia valley (Val Resia, Rezija in Slovene) is geographically enclosed in the middle of the western Julian Alps. This is where the most archaic traditional music in the Slovene-speaking territory has been preserved among the Slovenes living there until today. In comparison with the folk dances of other Slovenes, the dances from Resia reveal a characteristic aspect of their own. In Resia, they know and dance the one and only folk dance “Resijanka” – the dance of Resia. This is a dance in pairs in which the two dancers never touch each other, but only exchange their basic facing positions while dancing. The step is not always fixed: the dancers like to improvise and dance in threes or “in a crossed formation”, where the path of one pair crosses that of another. The instrumental accompaniment is played with the violin and the violoncello. 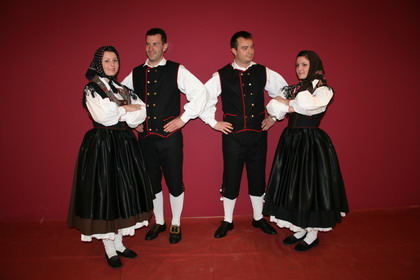 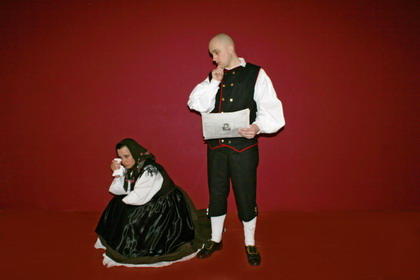