The ISKRAEMECO Youth Folklore Group has been performing since 2001. Every year they set themselves a new challenge: to learn a new choreography and perform it at regional gatherings, various school and local events, and at festivals held in Slovenia and abroad. The group’s repertoire consists of dances from Bela Krajina, Prekmurje and various dance mixes derived from the region of Gorenjska. Folk dances have grown out of the life of people, reflecting and accompanying all major life events. Since the dance forms also reflect the character of the nation, folk dance traditions should be passed on to younger generations. Youthful energy, love for dancing, and a flair for recreating cultural heritage are the foundations which will shape the Slovenian national identity also in the future. 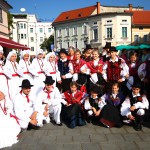 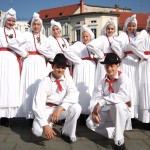